Every spring, I look forward to going to the Giardino dellIris. When they extended the lockdown to May 18, I wondered if the garden would remain closed this year. Fortunately, last week they announced that they would open the garden a few days earlier. Ever since the beginning of the month, I have made my way up to Piazzale Michelangiolo every day. After reaching the top, I always rushed to the railing above the Giardino dellIris to admire the irises. It amazed me how more irises had blossomed with each visit.

On Saturday morning, I marched through San Niccolò, waving to my ortolano (greengrocer) and his wife, and headed toward the steps next to the Giardino delle Rose to Piazzale Michelangiolo. When I walked under a rosebush, I pulled down my mask to catch a whiff of the yellow roses hanging over the wall. Instead of going around the piazzale, I darted across the parking area to reach the Giardino dellIris as quickly as possible.

Only a few people were in the garden when I arrived. I enjoyed listening to the sound of the birds chirping in the background as I strolled along the stone pathway, admiring the different patches of multicolored irises. A wave of gratitude came over me. I felt so grateful to be walking through the Giardino dellIris while the irises were in full bloom. 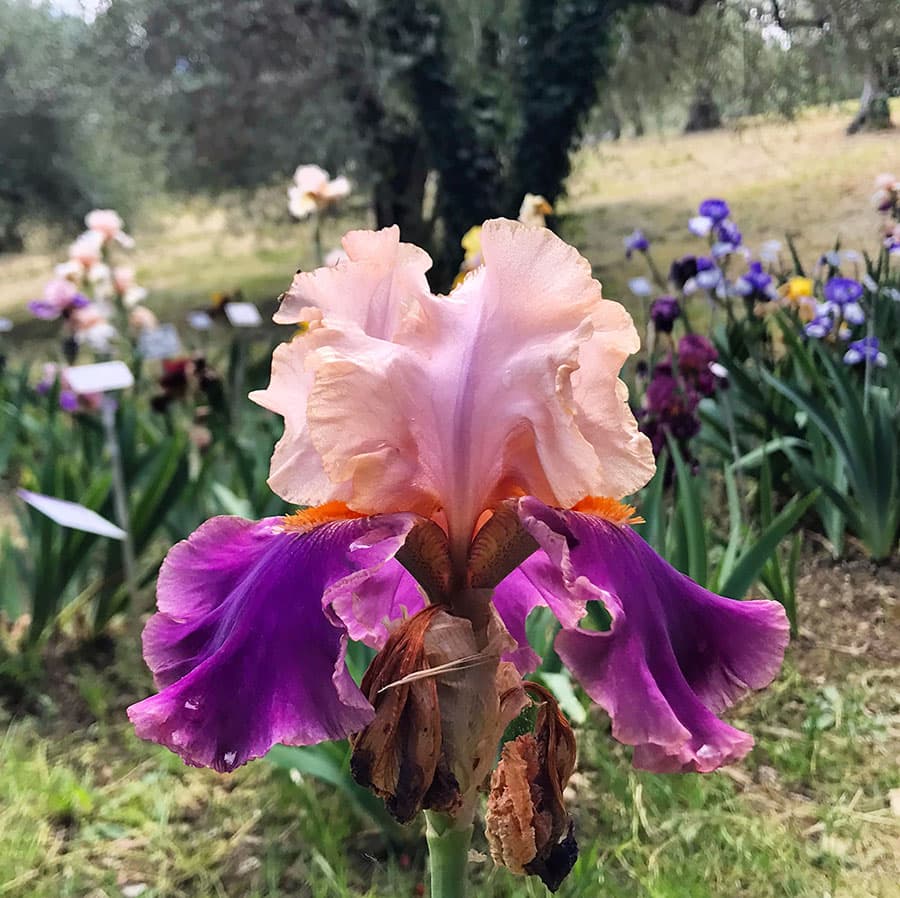 This year, instead of freely roaming the garden, they created a pathway that leads you down to the bottom of the hill and then back up to the exit. When the irises were close to the path, I leaned over and tried to smell them. I lifted my mask a few times to breathe in the sweet scent of individual irises. My eyes closed as if to intensify the experience.

While I was taking photos of an orange iris, a robin perched itself on a branch of an olive tree and chirped. It flew past me and landed on the rope that separated me from the irises. A few yellow butterflies and many bees navigated the irises and roses. When I stood near the pond at the bottom of the garden, I admired the blue and orange dragonflies hovering around the pond where frogs, hiding among the yellow and purple irises, were croaking.

I remained in the garden for at least a couple of hours, which was only possible because very few people were present. I exited the garden and returned to  Piazzale Michelangiolo. As I glanced at the view of Florence, I noticed very few people strolling through the piazzale. I was certain that people would most likely arrive later for an afternoon passeggiata (stroll). 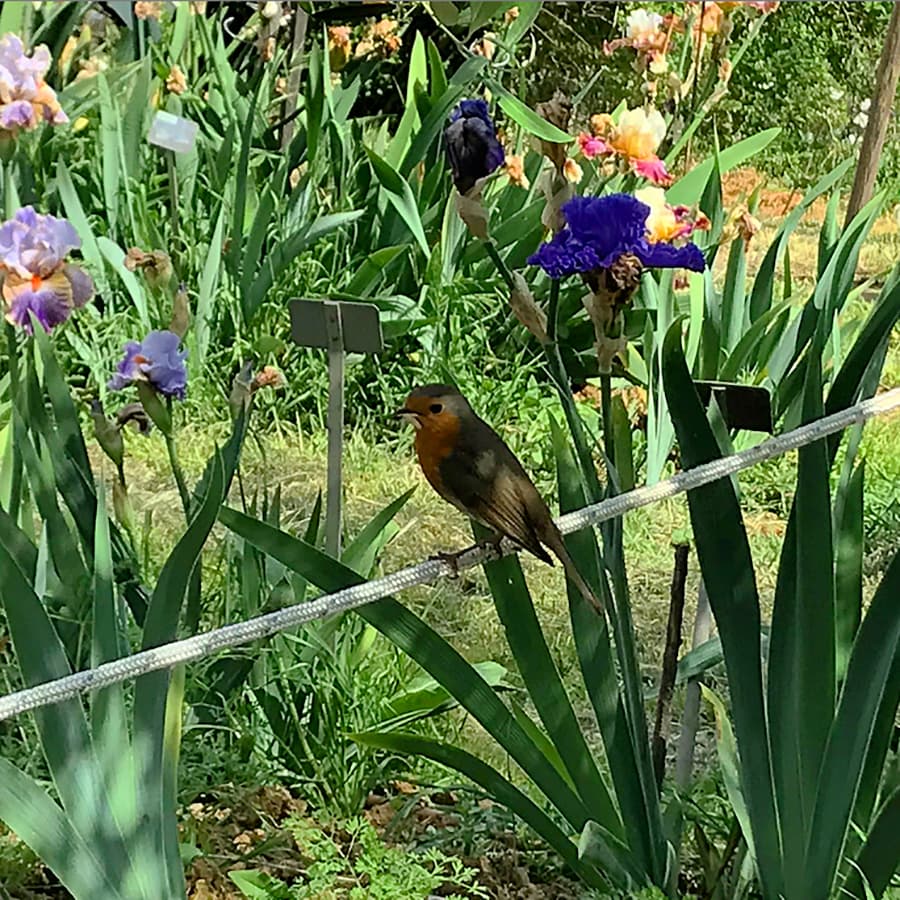 On Monday morning, I returned to the Giardino dellIris to soak up more of the beauty. The weather was a little less promising, but I stayed in the garden to admire the irises and take more photos. When a dark cloud loomed overhead, I rushed home. Im sure I will return a few more times before they close for the end of iris season.

Its always such a delight to spend time in the Giardino dellIris. I read on the pamphlet that the garden is open Saturday mornings all year round. On my walk home, I thought about when I could return to explore the garden, even without the irises, and admire the cypress, oak, and olive trees scattered throughout the garden. I already imagined myself seated near the pond, reading a book.